December 31, 2013January 6, 2015Leave a comment
As promised, to ring in the New Year, we did a DIY hat for Hunter. It was quite simple and took less than 15 minutes. As usual when it came time for the photo shoot, Hunter was not pleased. I mean.. would you be happy if someone woke you from your nap to make you pose for silly pictures? Probably not. I also tried putting on 2014 glasses on Hunter, but he wasn’t in the mood for that today. Enjoy! 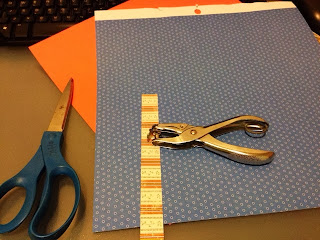 All we needed were scrap book paper, hole puncher and a pair of scissors.
(And we added a toothpick afterwards for the flag) 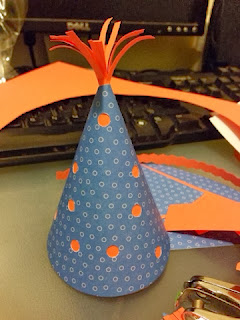 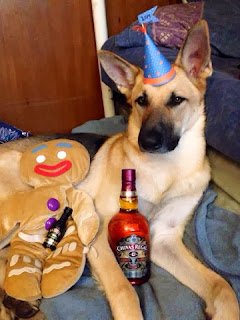 Oh you know… just kicking it back with Ginger with a bottle each as we wait for the ball to drop later tonight. NBD.
For our new year resolution, we hope to create more of our own hats for Hunter to pose in because it was fun! 🙂
December 30, 2013January 6, 2015Leave a comment
Today, we bid farewell to our two New York football teams as the regular season ends. The football season has been nightmare-ish for both teams, but we are still happy that they both ended the season with a W! Hunter posed with gear from both teams being that I am a Jets fan, and Selton is a Giants fan. Clearly, judging by his facial expression, he is a Jets fan. Good job puppy! Enjoy 🙂 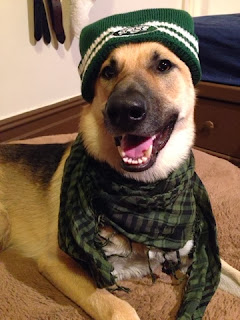 Yay, I’ll join in the Rex Ryan’s circus show and smile as if we made it to post-season 🙂 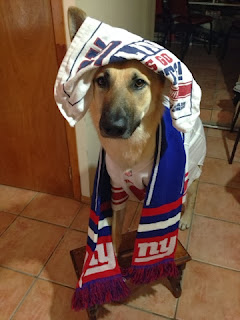 I guess this is probably how all the Giants players feel today… defeated and beaten up. 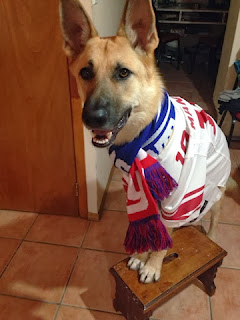 Just kidding… I’ll still smile for the G-men!
Our next post will by a DIY project for NYE festivities. Stay tune!
December 28, 2013January 6, 2015Leave a comment
I’ve turned into one of those parents who think everything their child does is amazing or adorable. Actually I don’t know whether I’ve turned into one.. I think I was one since day 1. So yes, everything Hunter does is friggin’ cute in my eyes. Having Hunter in our lives has changed everything. There has been many sacrifices, but it’s all worth it. Coming home to Hunter after a stressful day at work is all we need to be happy again. In exchange for his loyalty and happiness, I like to torture him by putting random crap on his muzzle, hats on his head and scarfs around his neck. And the best part is he LETS me! Anyways, here are a few of his hats and scarfs pictures. He looks best in baseball caps. 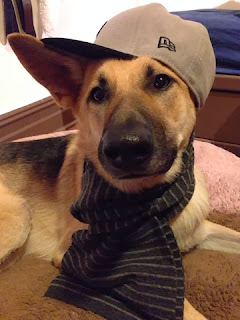 What are you looking at?

Please hide me… I’m ashamed of my owner.

I don’t know this woman..
Please call ASPCA for me! Thanks!