August 28, 2014January 6, 2015Leave a comment
woof woof. Hunter here. Guess where I went with mommy this morning? If you’re half asleep and miserable at work right now… just look at today’s howl title. DUH. You humans need to be a little smarter… just a tad. After our Frisbee session, mommy let me roam around the playground area. Don’t worry concerned parents. No little people (children) were harmed in the making of today’s howl. Apparently they don’t wake that early. 🙂 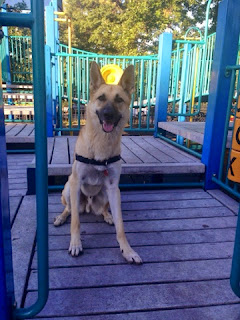 Cheese! The entire playground for me to play on? Woohoo! 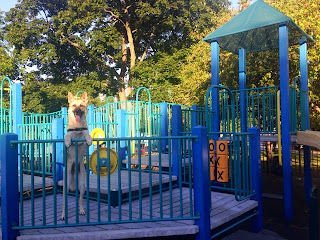 Woof! I am here to conquer the entire playground! You must ask me for permission to pass through. Or another option is that you can bribe me with treats. 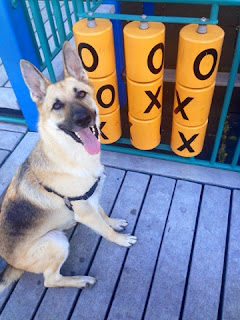 We ended our morning with a friendly game of tic-tac-toe. Mommy’s not as smart as she looks. I beat her several times. Now I understand why papa always tells mommy that she’s dumb.
August 26, 2014January 6, 2015Leave a comment
Hello friends! Recently Selton saw a video online about a super durable soccer ball. And when we say durable.. imagine, stabbing a knife through the ball several times, and nothing happens. Imagine a giant lion playing with it, gnawing on it and nothing happens. What intrigued us was not the soccer ball itself, but the company’s vision and mission.
The company is called the One World Futbol Project, founded by Tim Jahnigen. He was moved after watching news footage about traumatized youth playing soccer on dirt using a ball that they had made themselves. The ball was made out of trash and twine. Can you imagine playing in such harsh conditions? After watching some videos ourselves, I’m grateful that Hunter has so many options of where to play (usually in parks with grass). So long story short, the mission of OWFP is to bring the power of play to disadvantaged youths, usually in third-world or war-torn countries. For every One World Futbol sold, the company donates one to an organization that is situated in disadvantaged communities. We were sold, instantly. 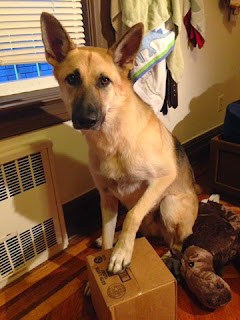 What’s this? A package for me?
(The ball was actually delivered within a week.) 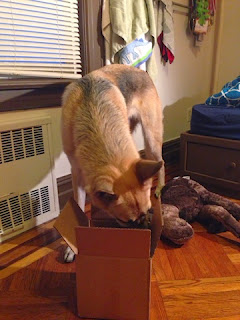 What’s inside? Let me see!! 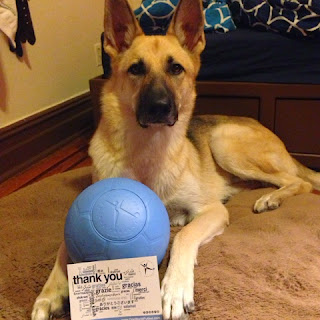 A new soccer ball? Where did this come from? Cool, it even comes with a Thank You card! 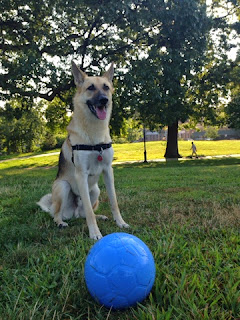 My first time playing with the One World Futbol outdoors. 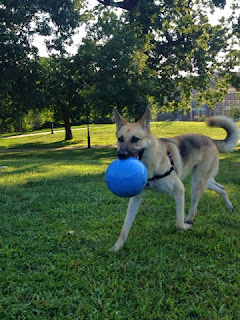 Although the ball is harder than the ones I’m used to playing with, I was still able to grab it with my mouth. Woohoo. I approve of this ball! 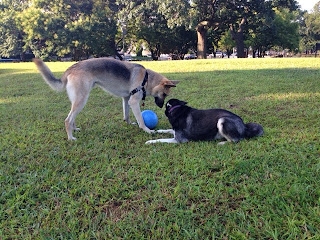 My doggy friend, Tequila was also interested in my new toy. Here’s a picture of me telling her to convince her own parents to buy her one. I hope they do!! It’s for a good cause, DUH! 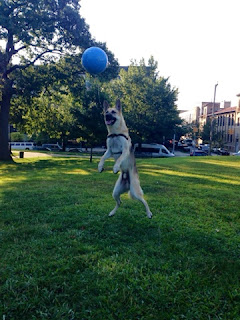 Mommy took an action shot of me playing with my new ball. I love it!  Did you know that my new ball is nearly indestructible? It’ll never need a pump and will never go flat. I will have this ball for years to come. 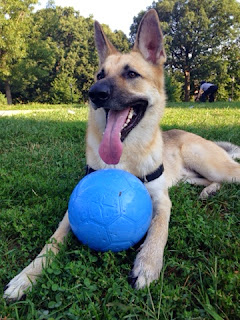 Thank you mommy and papa for my new toy. I hope some kids are enjoying time with the ball that we’ve donated as well.  Go check out their website!!
One World Futbol Project
Toodles for now!
August 21, 2014January 6, 20151 Comment 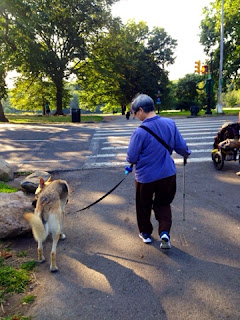 This morning as I was getting ready to take the boy out to Prospect Park for a swim, my grandmother decided that she wanted to tag along too. After 15 minutes of watching her run around the house like a mad woman trying to get ready, we were ready! I couldn’t tell who was more excited. Hunter, or my grandmother. (Probably my grandmother) Once we got there, she signaled for me to give her his leash. At first, I was hesitant. I mean.. let’s face it.. she’s an elderly woman with a ton of problems with her legs and wrists.. but she literally sounded like a little child, so I gave in. 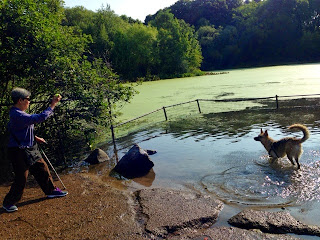 Once we got there, we went straight to the doggy beach. At first my grandmother just sat on a nearby park bench watching, in awe of Hunter’s athleticism. But of course, after watching for a bit, she wanted to play too. Here’s an action shot of her throwing Hunter’s ball into the water. I’m pretty sure she had more fun than Hunter.
//www.youtube.com/get_player
Their great grandmother-grandson moment was too adorable to not record. Of course, my grandmother’s attempts to throw his tennis ball was quite entertaining. She even got a kick out of her lack of strength and inability to throw herself. She scared me a few times because she’d throw with all her might and lose her footing. After I’d tell her to be careful, she’d tell me to be quiet and that she wasn’t a child and was fine. Really?!
Looking back on today’s pictures and videos, Hunter and my grandmother really enjoyed each others company. Other dog owners also enjoyed watching this elderly lady with her cane laugh like a 3-year toddler every time she threw the ball. Perhaps I should bring her more often. Anyways, later gators. Time to bother my boy.